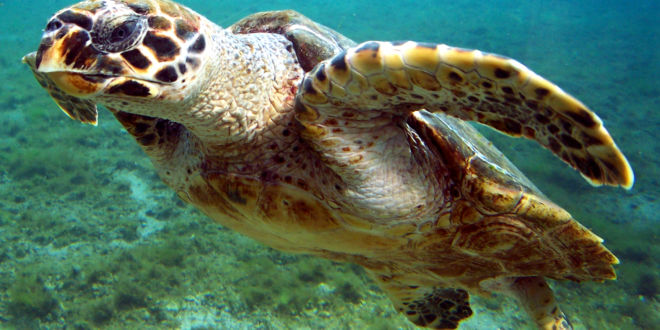 Hawksbill turtles are threatened by loss of habitat, climate change, and the collection of their eggs for consumption. Worryingly, harvesting them for domestic trade still occurs in certain countries.  The Hawksbill has a circumglobal distribution throughout tropical and, to a lesser extent, subtropical waters of the Atlantic Ocean, Indian Ocean, and the Pacific Ocean, but Hawksbills are believed to inhabit coastal waters in more than 108 countries. The species is described as ”critically endangered” by the World Conservation Union (IUCN).