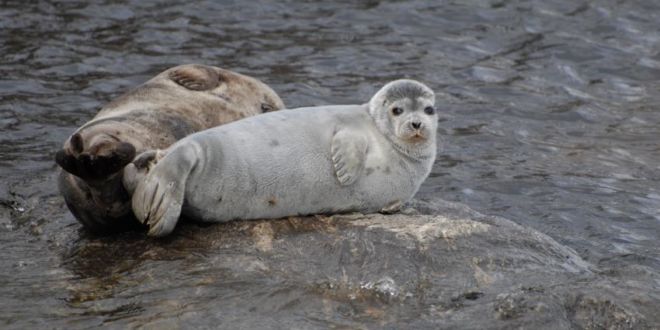 They are among the most endangered seals in the world, having a total population of only about 310 individuals. Saimaa Seals reside only in Lake Saimaa in southern Finland. Breeding success of Saimaa ringed seal depends on sufficient ice and snow cover to build the lairs where they give birth. These lairs protect their offspring from the cold, predators, and human disturbance. The loss of snow and ice caused by the ongoing climate change poses a direct threat to them. During past several years, the snow cover in the region has not been deep enough to create those lairs. Ringed Seals carry loads of organochlorine and heavy metal contaminants from human industry and agriculture. Fishing nets are also a major threat to the seal where pups can become entangled in fishing nets and drown.  The species is described as ”critically endangered ” by the World Conservation Union (IUCN).