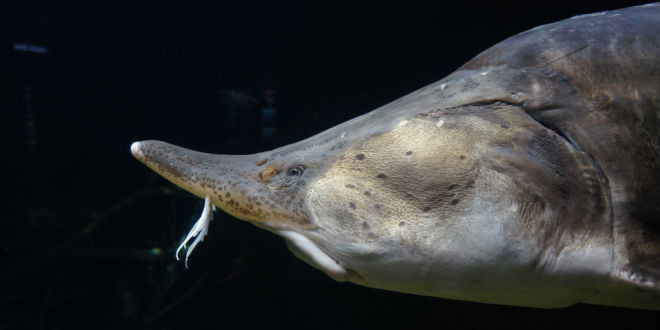 The Beluga sturgeon is native to the Black, Caspian, Azov and Adriatic Seas and can live in excess of 100 years. Based on catch data, and a number of recorded spawning individuals it is estimated that the species has seen a wild native population decline of over 90% in the past three generations (a minimum of 60 years). At sea, this species is found in the pelagic zone, following food organisms. Its migration upriver to spawn has now been disrupted due to river regulation. Overfishing at sea and poaching in estuaries and rivers for meat and caviar will soon cause global extinction of the remaining natural wild populations. Overharvesting and a sharp increase in poaching have led to the largest and most mature specimens being removed from the population and reducing natural reproduction to almost zero. The species is described as ”critically endangered” by the World Conservation Union (IUCN).