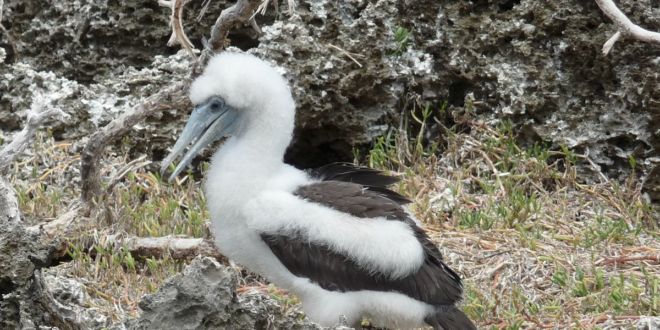 This species breeds only in a few spots on the Australian territory of Christmas Island in the eastern Indian Ocean, and it has a small population which has declined rapidly owing to the effects of past habitat clearance. The population is decreasing. Historically much of its former habitat was logged to make way for phosphate mining. Some logging continues, and the effects of the former logging continue to adversely affect the current population. Another threat has been caused by the introduction of yellow crazy ants, which decrease habitat quality. The species is described as ”endangered” by the World Conservation Union (IUCN).

Share
Previous Amsterdam Albatross (Diomedea amsterdamensis) – About 130 individuals, with 80 adults
Next Nigel, the world’s loneliest bird, dies next to the concrete decoy he loved