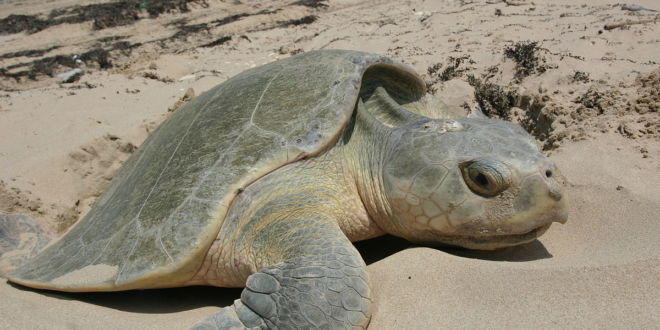 The Kemp’s ridley sea turtle is the rarest sea turtle and is endangered to a severe degree. In the 1940s, more than 100,000 Kemp’s ridley turtles came ashore in a single day to nest. By the 1980s, numbers were down to a few hundred nesting females. Main threats are habitat loss, marine pollution, and entanglement in fishing nets. The species is described as ”critically endangered” by the World Conservation Union (IUCN).