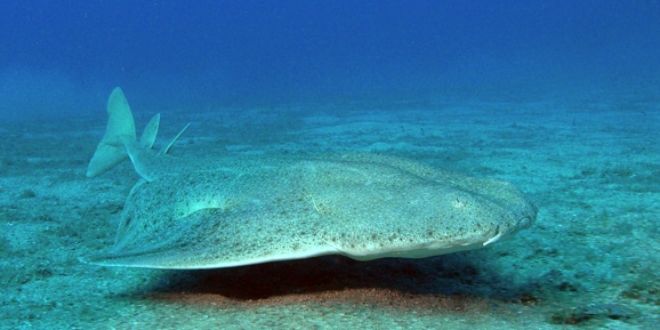 Angelsharks are among the most threatened fish worldwide, facing regional and global extinction. In Europe, populations of the three Critically Endangered angel sharks (Squatina aculeata, Squatina oculata, and Squatina squatina) have been severely depleted. Angelsharks were once widespread throughout Europe’s seas, but are now extinct from much of their former range. Over the past several decades, overfishing of this species has severely depleted and fragmented these populations. Today, the Canary Islands is the only place where the Critically Endangered Angel Shark is regularly sighted. Two other species of angel shark, the Sawback Angelshark (S. aculeata) and the Smoothback Angelshark (S. oculata), are also found in European waters and are also listed as Critically Endangered on the IUCN Red List. Angels sharks are highly susceptible to bycatch in trawls because they lie on the bottom. Recreational angling and disturbance from dive tourism are threats at remaining aggregation sites.