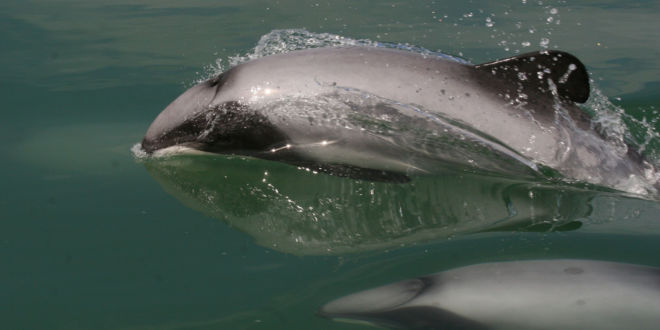 Māui’s dolphin, found off the west coast of North Island in New Zealand, has been identified as a subspecies of Hector’s dolphin. This subspecies is the world’s rarest marine dolphin – there are only around 63 adults left in the wild – and more than one human induced death every seven years seriously threatens its chances of recovery. Like the species as a whole, Māui’s dolphin faces serious pressures from human activities. The main threat is entanglement in gillnets. The species is described as ”critically endangered” by the World Conservation Union (IUCN).