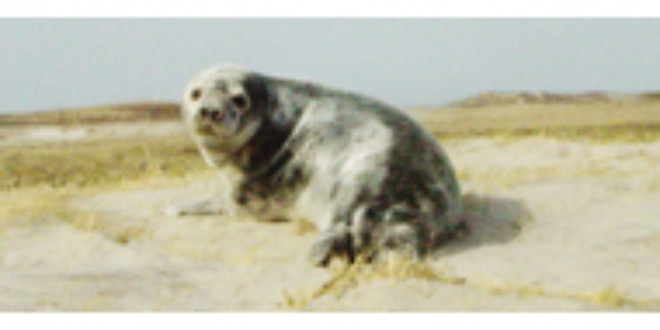 (From nantucketindependent.com) – If your presence on the beach causes a seal to change its behavior, you”re too close to it.

That sage advice, from the Marine Mammal Stranding Team member Edie Ray, should guide you, when sharing sand with the gray seals that seem to prefer island beaches to the water this summer.

Ray, who worked with the stranding team last week to free a four-foot adolescent gray seal from fish netting, is now trying to locate another seal that is also entangled in netting. Since many people have approached this seal, it is spooked and therefore difficult to catch.

While the tip of Great Point remains closed to protect 40 to 50 gray seals along with a nesting colony of least terns, these seals do not swim off these beaches and bask in the sun on the island’s northern most point. They roam all around the island’s waters, depending on where their food is located.

(By BY PETER B. BRACE INDEPENDENT WRITER)