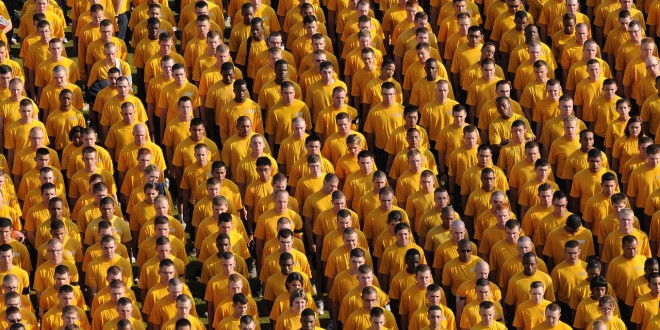 Africa”s a mess. Doesn”t hardly matter what horrid scourge you”re looking for, Africa”s got it: genocide, civil war, systematic rape, dictators, corruption … not that Asia is any better. Asia”s got every foul blight Africa has, plus the largest concentration of religious extremism on the planet. Western Asia is blowing itself up—with plenty of American help—while eastern Asia is throwing up world-class polluteries almost faster than Americans can buy the cheap crap that finances them.

And South America, what a mess. Rain forest comes down while more slums go up. Death squads, guerrilla insurrections, indigenous people being exterminated, drug wars … one hell of a mess.

On the surface, Europe looks better. But keep in mind, it was Europeans who figured out how to slaughter more people, and do it faster, than even the most evil geniuses would have dreamt of just a century ago.

Let’s face it, humanity is a mess. Even here in Wal-Mart country, we can’t get our bridges fixed or our kids properly educated. If we Yanks have accomplished nothing else, we have proven there is no correlation whatsoever between a high standard of living and intelligence, so let’s not be patting ourselves on the back while we watch the rest of the world crumble. A few more droughts, another big depression and who can guarantee we won’t be butchering one another for the protein value?

Yet, as messed up as we are, there’s one thing we’re absolutely fantastic at. All of us—Africans, Asians, Americans (South and North)—if you don’t count fungal spores and bacteria, no other species can compete with us in the propagation department. We can propagate like nobody’s business. We may no longer have the ambition to read a book, learn the positions of our political candidates, teach our kids respect or figure out what to do with our trash, but we can sure as hell have babies. We are so good at having babies, in fact, there will soon be—by the year 2012, according to a report just issued by the U.S. Census Bureau—7 billion humans on Earth. Let that sink in. Seven. Billion. People.

Even more astounding than the sheer number of people running around screwing everything up even more than it already is, is the time it took to add another billion to the fold. In 1999, there were a piddling 6 billion humans, so we’re talking 13 years here, fellow baby machines. Thirteen years to accomplish what it took our ancestors 10,000 years to do. Wow, if only our sewage systems worked as well as our reproductive organs, eh?

As you have certainly guessed, I’m being sarcastic. I don’t now, nor did I ever, consider it much of an accomplishment to produce offspring. Damn near anyone can do it, and damn near everyone does.

In columns past, I have spoken of how over-population is the common denominator of virtually every other environmental and social ill bedeviling our world. Didn’t do any good. People just kept on having babies. Some people have so many babies they get a five-minute interview with a gushing teevee personality, have you seen ’em? In some circles, couples who spew out babies like rabbit turds are regarded as special.

I have come to believe that geometrical progression is simply too complicated a concept for most Homo Sapiens to include in their family planning. And frankly, I’m caring less and less about what will become of a species so blind to the planetary effects of exponential growth that they threaten to push everything outside of themselves into oblivion.

But a letter in the Idaho Statesman two weeks ago articulated what I fear is the true level of selfishness among far too many of our neighbors, be they in Singapore, Saudi Arabia or—as in the case of the man who wrote the letter—Star. His overall point was that nothing should stand in the way of his energy needs. “Sorry folks,” he wrote, “but my well-being and the well-being of my family will trump an animal, even if it’s the last animal on Earth.”

I suppose this man might be commended for his candor. It’s not every person who will so openly and venally argue that lower gas prices or reliable air-conditioning is worth every polar bear or sea otter in the galaxy. Yet I suspect there are plenty—from India to Africa to Brazil to Melba—who would share his sentiment.

Sadly, he may not have long to wait for that “last animal on Earth.” (I omit cockroaches and cows from this discussion as cockroaches seem to be perfectly content with us being such profligate pigs, and we’ll always find a way to produce ground chuck for those who gotta have it.) Particularly since Europeans started spreading across the globe like mange, mankind has collided with the animal kingdom like a Texas-sized meteor.

But it’s one thing to learn the last dodo bird, for instance, was killed 300 years before modern sensibilities might have saved them, and quite another to imagine the world without even one manatee or jaguar or panda—creatures which will be on our collective consciences if they disappear. So I thought I would end this column with a few simple numbers—numbers maybe even the most self-absorbed can grasp. If you will, think of them as box scores in the game of what makes a planet worth inhabiting. I doubt the fellow from Star will appreciate the degree of melancholy such dismal figures represent to those of us who can’t fathom a world with nothing but his kind in it. But hopefully, his children will.

At this moment, there are 720 mountain gorillas and 30,000 lions left in Africa. Asia is down to less than 200 Siberian tigers and less than 3,000 Komodo dragons. There are no more than 6,000 blue whales left in all the oceans or 150 golden lion tamarins left in all of South America. Java has between 40 and 50 remaining Javan rhinos, and …

Hold on. This is taking too long, and the last thing we have is time. Let me approach this another way: If you count all the wild mammals bigger than a sewer rat, then add on all the world’s remaining reptiles, amphibians and birds, is it so impossible to imagine the total you get won’t come to anywhere near 7,000,000,000?

As their numbers go down, ours continue to climb. Thousands of species are but a step away from the tar pit of extinction because humans don’t have the sense to slow their baby making down. And I can’t help but note the further removed each succeeding generation gets from any sort of connection with those wild beings we share the planet with, the more messed up we are. I shudder to think what we’ll be like when there’s nothing left but us. 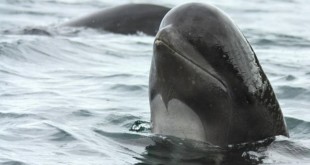 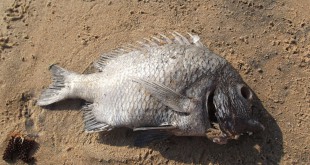 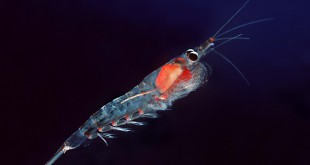 By Captain Paul Watson. I have the utmost respect for the law. Indeed, it is …