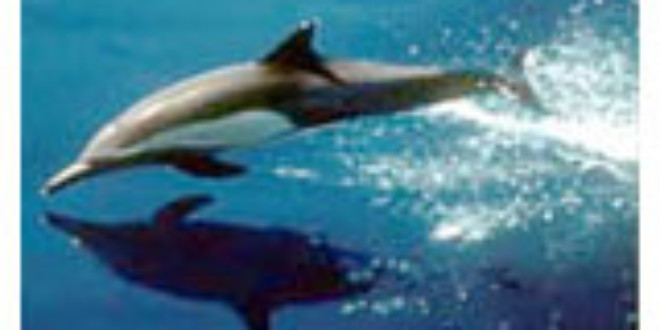 (From un.org)- Dolphins, small whales and manatees living in the waters off West Africa or islands in the mid-Atlantic Ocean will now receive greater protection after 15 countries signed an agreement under a United Nations-backed treaty that aims to conserve wildlife and habitats. A memorandum of understanding with the Convention on the Conservation of Migratory Species (CMS) came into effect last Friday immediately after the agreement was signed by 15 countries attending an intergovernmental meeting in Lomé, Togo.

The new instrument, which contains two action plans to conserve marine species, is aimed at protecting more than 30 small cetacean species – or aquatic mammals – in an area stretching from the waters off Morocco to South Africa.

The UN Environment Programme (UNEP), under whose aegis the CMS was concluded, has welcomed the agreement, calling it a permanent legacy of the Year of the Dolphin, which was celebrated last year and then extended to run through 2008.

Robert Hepworth, Executive Secretary of the CMS, said the latest pact is the fourth in a network of regional agreements that aim to conserve migratory cetaceans in key areas of the Atlantic and Pacific Oceans and the Mediterranean Sea.

This agreement officially refers to West Africa and the region known as Macaronesia, which includes Cape Verde and other mid-Atlantic island chains, such as the Azores and the Canary Islands.

Mr. Hepworth said “now we need to encourage Portugal, Spain and the remaining Western African Range States to sign the memorandum of understanding” so that it applies to an even broader area.

(From sfgate.com)- It”s been long known that mercury from old mines leaks into the San …