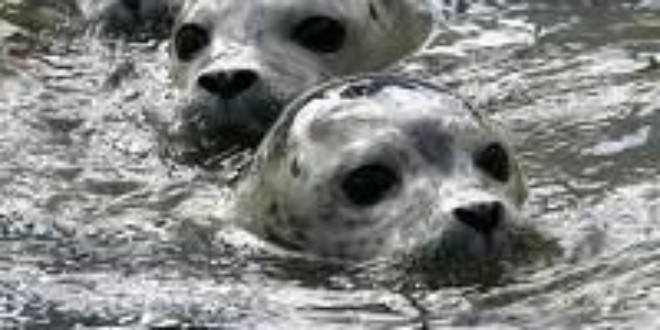 Thousands of seals are being slaughtered every year by salmon farmers, campaigners have claimed. They are now calling for greater protection for the mammals – which can legally be shot outside of breeding season to protect fisheries. The salmon industry reject the figures and say about 500 seals were killed last year.

The Seal Protection Action Group is campaigning to stop the shooting of the mammals in the UK.

“The British public are appalled at the mass slaughter of seals in the Canadian seal hunt which resumed last week,” said Andy Ottaway of SPAG.

“Yet few realise that the mass killing of seals also takes place around the UK coast all year round and we estimate 5,000 seals are slaughtered by the Scottish salmon industry alone every year.”

Common seal numbers have plummeted by a third in Britain over the past seven years, with ecological changes and a shortage of wild fish generally thought to be behind the drop.

Mr Ottaway also claimed that the salmon industry is expanding into “nearly every sea loch” in Scotland and into the habitat of many seal colonies.

The groups want a ban on the shooting of seal to preserve stocks and have secured the support of 124 MPs in signing a Parliamentary motion in calling for greater protection. But Scott Landsburgh of the Scottish Salmon Producers’ Organisation told BBC’s CountryFile show that salmon farmers killed about 500 seals last year.