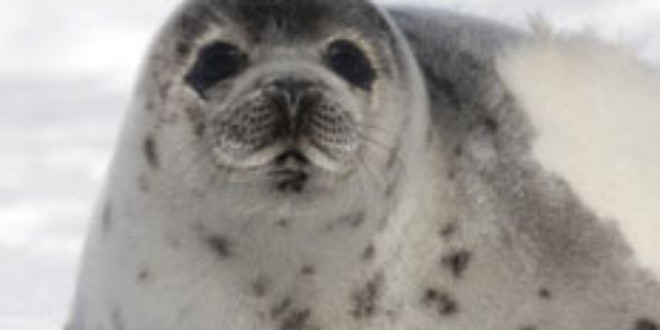 (From qsrmagazine.com) – Each year, more than 200,000 harp seals are killed off Canada”s east coast in the largest commercial hunt for marine mammals on the planet. The Humane Society of the United States (HSUS) has been working for years to end the practice, and now the animal rights organization has an ally in its fight: a growing number of restaurateurs who pledge not to buy seafood from Canada until the seal hunt ends.

The goal, says Pat Ragan, director of the HSUS Protect Seals campaign, is to force Canada’s fishing industry to ask the government to ban seal hunting.

To that end, HSUS has organized a boycott of Canadian seafood by U.S. restaurants, grocery stores, and seafood suppliers. More than 5,000 establishments, including 1,500 restaurants—among them well-known chains such as Margaritaville Cafes and Ted’s Montana Grill—have signed up since 2005.

Most of the seal hunting takes place off the Canadian province of Newfoundland, where the HSUS says about 90 percent of the hunters live. The animals are killed with wooden clubs, guns, and ice-pick-like clubs called hakapiks.

One group of restaurants that has signed up is Lebanese Tavernas, which has 11 locations, including five limited-service cafes, in Virginia, Maryland, and Washington D.C. Grace Shea, the company’s vice president, says she was contacted by a customer involved with HSUS and decided to join late last year as part of a larger sustainability push.

Share
Previous Canada responsible to ensure world’s polar bears survive
Next Sharks, not humans, most at risk in ocean