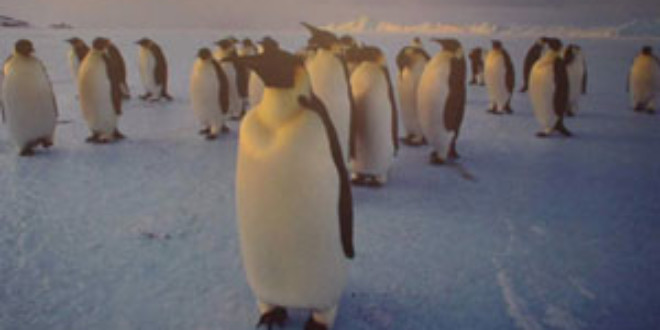 The Center for Biological Diversity and Turtle Island Restoration Network filed a formal notice today that they intend to sue the Obama administration for illegally delaying protection of penguins under the Endangered Species Act. The Department of the Interior failed to meet the December 19, 2009 legal deadline to finalize the listings of seven penguin species that are threatened by climate change and industrial fisheries. Until the listings are finalized, these penguins will not receive the Endangered Species Act protections they need to recover.

“While sea ice melts away and the oceans warm, the Obama administration is frozen in inaction. Instead of protecting penguins and taking meaningful steps to address global warming,” said Shaye Wolf, a biologist with the Center for Biological Diversity, “our government is dragging its feet while penguins are marching toward extinction.

“Penguins face a double whammy from the threats brought by climate change and industrial fisheries that deplete the penguins’ food supply and entangle and drown the penguins in longlines and other destructive fishing gear. They deserve protection under the Endangered Species Act,” said Todd Steiner, executive director of Turtle Island Restoration Network.

In 2006 the Center filed a petition to list 12 penguin species under the U.S. Endangered Species Act. In December 2008, the Interior Department proposed listing seven penguin species as threatened or endangered – African, Humboldt, yellow-eyed, white-flippered, Fiordland crested, and erect-crested penguins and a few populations of the southern rockhopper penguin – while denying listing to emperor and northern rockhopper penguins despite scientific evidence that these penguins are threatened by climate change…