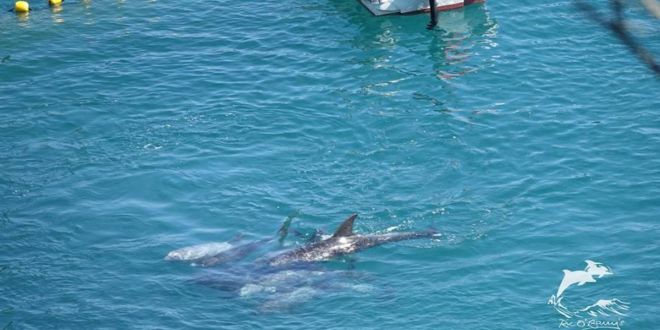 Migrating family of risso’s dolphins slaughtered in the cove

This morning 7 Risso’s Dolphin were swiftly driven into the cove, where they met a heartbreaking fate.

Among them were 2 traumatized juveniles, which were taken from their mothers’ sides and dumped back out at sea.

The remaining were dragged under the cove’s tarps and slaughtered. A skiff went under the tarps and came out dragging the carcasses of the 5 remaining Risso’s, under a gray cover.

Once the cove went silent and the beige tarps were fully drawn back, our team got a glimpse of bright red blood in the shallows…