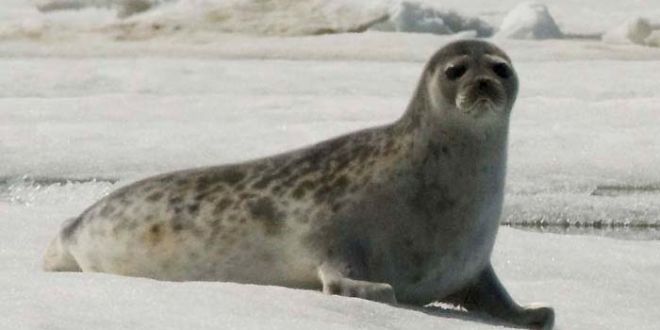 Arctic sea ice is now declining at a rate of 12.8 percent per decade – 2012 had the lowest amount of summer ice on record. The drastic change has numerous implications for Arctic ecosystems, from increased shipping – the first commercial container ship crossed the Arctic Ocean in fall 2018—to changing food webs. But for ringed seals across the Arctic, it’s not the lack of ice that will hurt them most—it’s the lack of snow.

Share
Previous Fears killer whales held captive in Russia will freeze to death as winter seas ice over
Next Microplastic waste floating in Pacific Ocean tipped to double by 2030: researchers