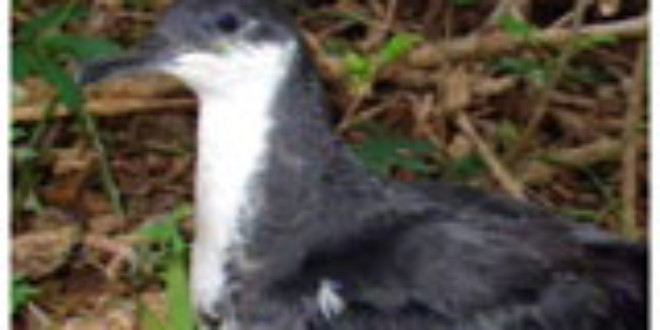 (From khnl.com) Kapahi- They”re a native seabird to Hawaii, but they”ve been disappearing at an alarming rate, which has forced the Newell”s Shearwaters to become an endangered specie.

But efforts are underway to keep these birds from becoming extinct in our continued Earth and Sea Project series.

Hawaii’s largest population of Newell’s Shearwaters live on Kauai. That’s mostly because there are no mongoose on the Garden Isle. But there’s something else impacting these precious seabirds.

“As they’re making that journey and leaving their terestrial nests in the ground, they fly out over our urbanized areas and become distorted and disoriented by outdoor lighting,” Kauai seabird conservationist, Andrea Erichsen said.