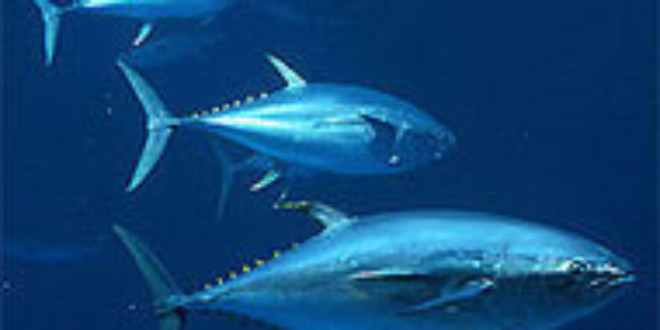 A new model built around biological data from electronic tags, ear bone microchemistry and fisheries catch data for Atlantic bluefin tuna indicates fishing on one side of the Atlantic influences the other side. Bluefin populations on both sides of the Atlantic Ocean have declined precipitously since 1950, according to the study published today in the peer-reviewed online journal PLoS ONE. The model estimates the number of Atlantic bluefin tuna remaining in the ocean and projects future population sizes based on alternative management scenarios. The new model is revolutionary in its ability to account for population overlap (mixing) of this highly migratory animal on the North Atlantic foraging grounds… Source