Home / Articles / Ocean Sentry / Why is it still acceptable to eat the endangered large predators of the sea? 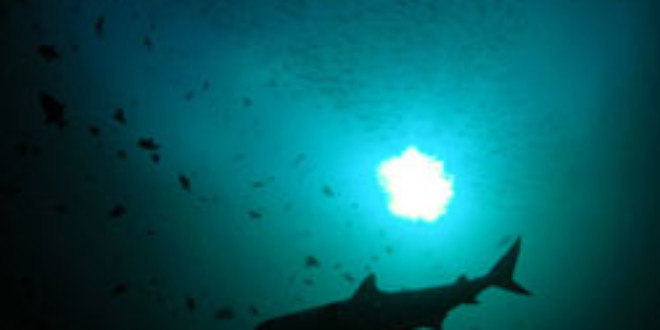 Why is it still acceptable to eat the endangered large predators of the sea?

If these animals lived on land there would be a global outcry. But the great beasts roaming the savannahs of the open seas summon no such support. Big sharks, giant tuna, marlin and swordfish should have the conservation status of the giant panda or the snow leopard. Yet still we believe it is acceptable for fishmongers to sell them and celebrity chefs to teach us how to cook them. A study in this week’s edition of Science reveals the disastrous collapse of the ocean’s megafauna. The great sharks are now wobbling on the edge of extinction. Since 1972 the number of blacktip sharks has fallen by 93%, tiger sharks by 97% and bull sharks, dusky sharks and smooth hammerheads by 99%(1). Just about every population of major predators is now in freefall.

Another paper, published in Nature four years ago, shows that over 90% of large predatory fishes throughout the global oceans have gone(2).

You respond with horror when you hear of Chinese feasts of bear paws and tiger meat. But these are no different, as far as conservation is concerned, from eating shark’s fin soup or swordfish or steaks from rare species of tuna. One practice is considered barbaric in Europe and North America. The other is promoted in restaurant reviews and recipes in the colour supplements of respectable newspapers.

In terms of its impact on both ecology and animal welfare, shark fishing could be the planet’s most brutal industry. While some sharks are taken whole, around 70 million are caught every year for their fins(3). In many cases the fins are cut off and the shark is dumped, alive, back into the sea. It can take several weeks to die. The longlines and gillnets used to catch them snare whales, dolphins, turtles and albatrosses. The new paper shows that shark catching also causes a cascade of disasters through the foodchain. Since the large sharks were removed from coastal waters in the western Atlantic, the rays they preyed on have multiplied tenfold and have wiped out all the main commercial species of shellfish(4).

Much of this trade originates in East Asia, where shark’s fin soup – which sells for up to £100 a bowl – is a sign of great wealth and rank, like caviar in Europe. The global demand for shark fins is rising by about 5% a year(5). But if you believe that this is yet another problem for which the Chinese can be blamed and the Europeans absolved, consider this: the world’s major importer (and presumably re-exporter) of sharks is Spain(6). Its catches have increased nine-fold since the 1990s(7) and it has resisted – in most cases successfully – every European and global effort to conserve its prey.

The Spanish defend their right to kill rare sharks as fiercely as the Japanese defend their right to kill rare whales. The fishing industry, traditionally dominated by Galician fascists, exerts an extraordinary degree of leverage over the socialist government. The Spanish government, in turn, usually gets its way in Europe. The EU, for example, claims to have banned the finning of sharks. But the ratio it sets for the weight of fins to the weight of bodies landed by fishermen is 5%. As edible fins make up only 2% of the shark’s bodyweight(8), this means that two and half finless sharks can be returned to the water for every one that comes ashore. Even this is not enough for the Spanish, whose MEPs have been demanding that the percentage is raised(9).

Northern European civilisation doesn’t come out of this very well either. In
2001 the British government promised to protect a critically endangered species called the angel shark, whose population in British waters was collapsing. It ducked and dithered until there was no longer a problem: the shark is now extinct in the North Sea(10).

Why do we find it so hard to stand up to fishermen? This tiny industrial lobby seems to have governments in the palm of its hand. Every year, the European Union sets catch limits for all species way above the levels its scientists recommend. Governments know that they are allowing the fishing industry to destroy itself and to destroy the ecosystem on which it depends.

But nothing is sacred, as long as it is underwater. In November the United Nations failed even to produce a resolution urging a halt to trawling on the sea mounts at the bottom of the ocean. These ecosystems, which are only just beginning to be explored, harbour great forests of deepwater corals and sponges, in which thousands of unearthly species hide. But we can’t summon the will to stop the handful of boats that are ripping them to shreds.

The power of the fishermen’s lobby explains the lack of protection for marine predators. Though fish species far outnumber mammal species, the Convention on International Trade in Endangered Species protects 654 kinds of mammal and just 77 kinds of fish. Trade in only 9 of these is subject to a complete ban(11).

The rules that do get passed are ignored by both fishermen and governments.
On Sunday I stood with a fisheries manager on the banks of a famous sea trout river in Wales. Perhaps I should say a famous former sea trout river in Wales. For the past four years, scarcely any fish – sea trout or salmon – have appeared. He was not sure why, but he told me that trawlers in the Irish Sea land boxes of what appear to be bass; hidden under the top layer are salmon and sea trout. No one seems to care enough to stop them:
government monitoring appears to be non-existent. The pressure group Oceana walks into European ports whenever there’s a public holiday and finds hundreds of miles of illegal drift nets stowed on the boats(12,13,14). Where are the official inspectors?

Of course, governments plead poverty. Which makes you wonder why they decided last year to allocate €3.8 billion to the destruction of the marine environment. This is what you and I are now paying in subsidies to keep the ocean wreckers afloat. The money buys new engines, and boats for young fishermen hoping to expand their business(15). For the same cost you could put a permanent inspector on every large fishing vessel in European waters.

If we don’t act, we know what will happen. Another paper published in Science suggests that on current trends we’ll see the global collapse of all the species currently caught by commercial fishermen by 2048. Yet, if we catch the ecosystems in time – with temporary fishing bans and the creation of large marine reserves – they can recover with remarkable speed(16). I hope British ministers, now drafting a new marine bill, have read this study.

But beyond a certain point the collapse is likely to be permanent. Off the coast of Namibia, where the fishery has crashed as a result of over-harvesting, we have a glimpse of the future. A paper in Current Biology reports that the ecosystem is approaching a “trophic dead-end”(17). As the fish have been mopped up they have been replaced by jellyfish, which now outweigh them by three to one. The jellyfish eat the eggs and larvae of the fish, so the switch is probably irreversible. We have entered, the paper tells us, the “era of jellyfish ascendancy”.

It’s a good symbol. The jellyfish represents the collapse of the ecosystem and the spinelessness of the people charged with protecting it.