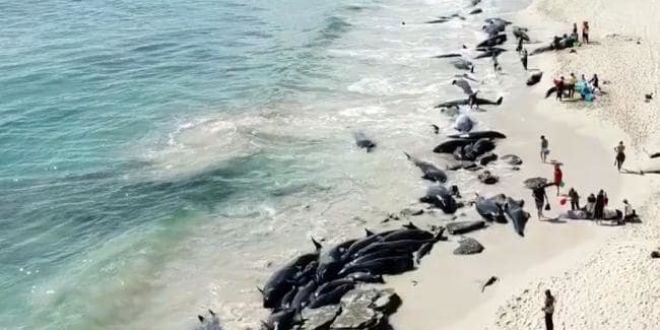 More than 150 short-finned pilot whales have stranded en masse at Hamelin Bay, 10km north of Augusta, Australia. But unlike this mass beaching, researchers have identified random whale deaths which they attribute to exposure to radar technology.Source:Supplied

A major study by 21 scientists has shined a light on the heartbreaking reason certain whales show suicidal behaviour, washing up on our beaches.  Source