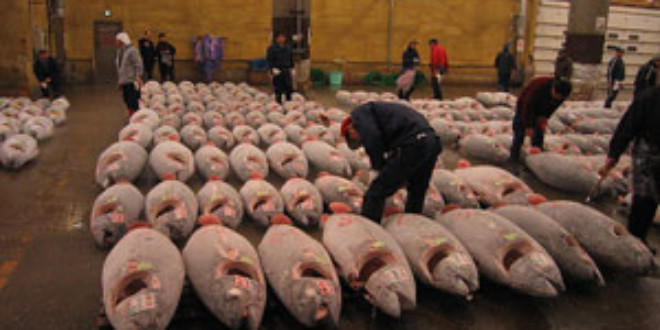 Ahmed Gadaf, who described himself as a spokesman for the pirates, said Western fishing vessels “harass” local fishermen and destroy their nets.

Illegal fishing off the coast of Somalia stirs strong passions in the country. The country”s prime minister, Omar Abdirashid Ali Sharmarke, said in a speech Wednesday that many countries are fishing illegally in Somali waters and have pushed formerly profitable Somali fishermen into the pirate trade.

He also said during Wednesday’s appearance at London-based Chatham House think tank that many pirates are former fishermen “responding to the loss and disappearance of their livelihoods.”

“I shall not name names, but suffice to say many countries are fishing illegally in Somali waters,” he said. “We estimate that the value of the fish being taken from our waters is perhaps hundreds of millions of dollars.” …Read Full Article by MOHAMED OLAD HASSAN