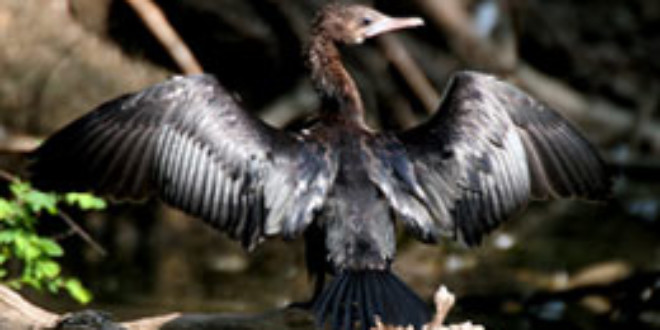 Waterbirds in mangrove forests under threat

The number of species and the populations of waterbirds in Muara Angke natural conservation area, North Jakarta, have decreased because of water pollution and human encroachment into the area, an environmental organization says.

During its annual survey on Saturday, volunteers of Jakarta Green Monster (JGM) found 206 waterbirds, down from 333 last year, with only 18 species identified, down from last year’s 23.

JGM reported that the missing species were the Little Cormorant (Phalacrocorax sulcirostris), Great-billed Heron (Ardea sumatrana), White-browed Crake (Porzanna cinerea), Purple Swamphen (Porphyrio porphyrio) and Black-naped Tern (Sterna sumatrana). “Water pollution has slowed the growth of mangrove trees, which provide shelter to the birds, and has also caused a decline of fish stocks, the main food source for waterbirds. Some species are unable to adapt and had flown away to less polluted areas,” he said.

Many fishermen were seen sailing past the wetlands area with motor boats on Saturday, causing the waterbirds to fly away. Residents and squatters in the area had attempted to capture the birds, ranger Arifin said, adding that he often found and removed bird traps… Read Full Article