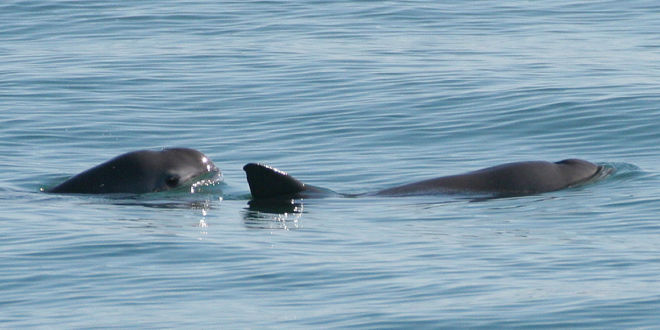 The vaquita is the world’s smallest and endangered cetacean, is found only in Mexico’s Gulf of California. Only about 30 individuals remain. They get trapped in illegal gillnets, many set to catch another endangered species, the totoaba fish. The fish’s swim bladder commands extraordinarily high prices (sold for as much as $100,000 on the black market, according to a report last year from the Environment Investigation Agency) in China and some other Asian markets. Their already low numbers are decreasing rapidly, and it is likely that by 2018 the species will go extinct. The species is described as ”Critically Endangered” by the World Conservation Union (IUCN).