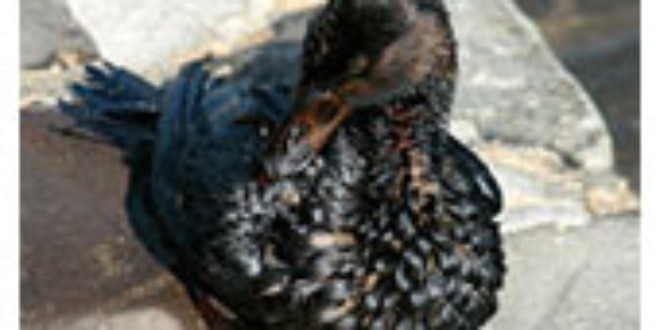 Up to 300 birds die in Canada oil spill

(From ap.google.com) Calgary, Alberta- Up to 300 ducks and other birds died when they flew on to a pool of oil that leaked from an idle well in Alberta, Canadian wildlife officials said Wednesday. The deaths came just months after a similar incident dented the public image of Alberta”s oil industry, which has been drawing criticism from environmentalists. A flock of 500 migratory ducks died in April after landing on a waste pond at Syncrude”s oil sands mine in northern Alberta.