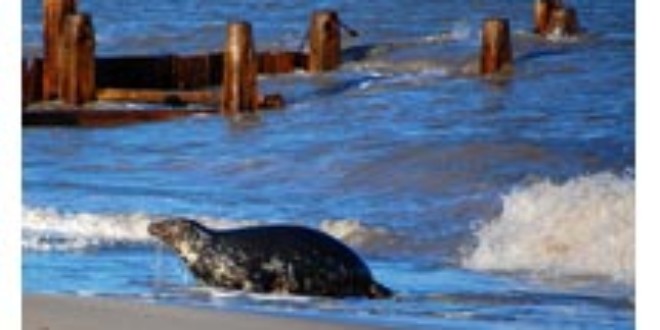 (By Ian Johnston, The Independent) Tough new regulations are to be introduced to curb the killing of seals by Scottish fish farmers, The Independent on Sunday has learned. The move comes as two headless seals – one heavily pregnant, the other a juvenile – were discovered last weekend on a beach on Skye.

A company that runs a nearby fish farm admitted last week it had shot two seals. Campaigners believe up to 5,000 seals are shot by fish industries in Scotland each year. The firm, Marine Harvest, said it did not know how or why the seals were decapitated.

The new rules will prevent fish farmers from shooting seals to protect their stocks for the first time during the closed season, according to a confidential draft of new legal guidelines.

Common and grey seals are supposed to be protected during their respective breeding seasons under the 1970 Conservation of Seals Act. However, the so-called “netsman’s defence” – which permits fishermen to kill seals that threaten to damage their equipment – has been used by the growing numbers of fish farms that now occupy virtually every sea loch on the west coast of Scotland.

But draft guidelines to be published by the Scottish government next month will make clear for the first time that the defence does not apply to fish farms. The Act has been criticised by conservationists and the police for effectively permitting the shooting of seals by anyone with a reason to do so all year.