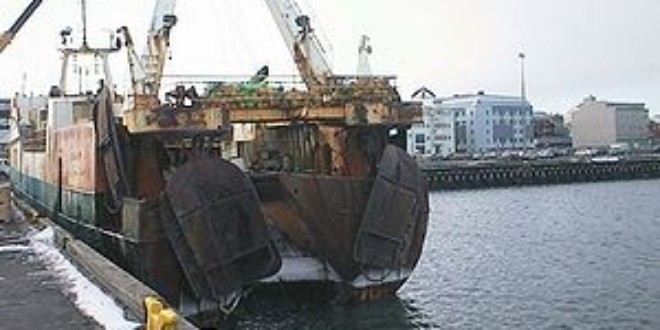 (From courtnews.co.nz) – Crew members videoed hoki being illegally dumped at sea by a foreign trawler in a “classic over-fishing scenario”, the crown is alleging in a six-week trial that began in the Christchurch District Court today. The crown case against three Polish crew members on the Maltese-registered trawler Atria is that more fish was caught than the factory ship could handle and spoiled fish was disposed of at sea. About two bunkers of fish being dumped.

Each bunker can contain six to eight tonnes of fish. The master of the vessel, Josef Eugeniusz Popowicz, is also charged with three counts of failing to correctly record the fish caught under quota on the Chatham Rise in the east coast hoki grounds on a voyage from May to July last year.

The three crew have returned to New Zealand to face the charges in the Ministry of Fisheries prosecution before Judge Michael Crosbie in a courtroom at the Maori Land Court, a few blocks from the Christchurch Court House.