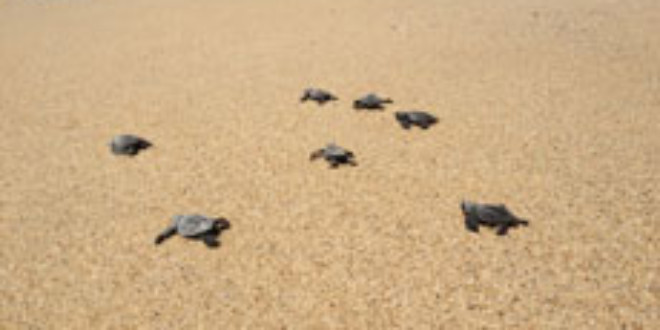 Thousands of endangered sea turtles released into the wild in Mexico

Mexican naval officers joined forces with conservationists and local children on Mexico”s Pacific coast on Friday to release 4,000 turtle hatchlings into the ocean after they were born in a government facility.

The sale of turtle eggs is prohibited in Mexico, but that doesn”t stop them being sold alongside turtle meat in markets on the coastal plains of Oaxaca, so the eggs were taken from their nests to protect them from looters and hatched in incubators… Source

Share
Previous Fish to shrink by up to a quarter due to climate change, study reveals
Next European fleets flouting deep sea fishing quotas, study finds