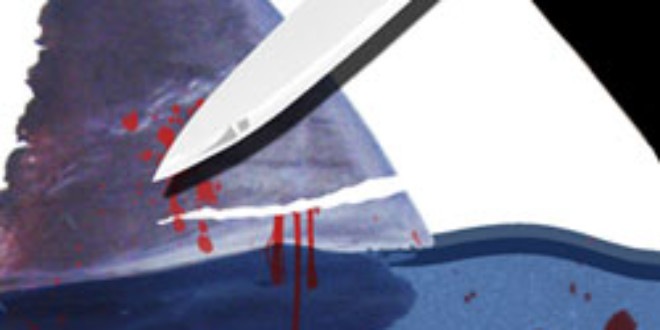 Shark finning is the barbaric practice of removing the pec­toral and dorsal fins of a shark. Often still alive, the shark is then thrown back into the water, caus­ing the finless (and therefore immobile) animal to either suf­focate or, horrifically, be eaten alive by other sea creatures. None of the more than 400 shark species in the world are immune to harvest and some research­ers believe that within a decade, many species will be extinct as a direct result of this practice.

To date, fewer than 20 coun­tries have banned the practice of shark finning—Canada is one who has. Strangely, while shark finning is illegal in Canadian waters, it is not illegal to sell fins obtained through the process for consumption in Canada. Imagine my surprise, then, when I discov­ered shark fin rolls at a UBC sushi restaurant. As it turns out, it is only a “shark fin substitute” made from fish and gelatin. Shark fin substitutes demonstrate the pop­ularity of the dish because when a product is rare or expensive, substitutes emerge—which is the same reason why cubic zirconia and rhinestones were created: to replace diamonds. The shark fin substitute, however, does little to help the animal—it merely rein­forces the desire to try the real thing; ask anyone who has ever gotten a zircon when they wanted a diamond….