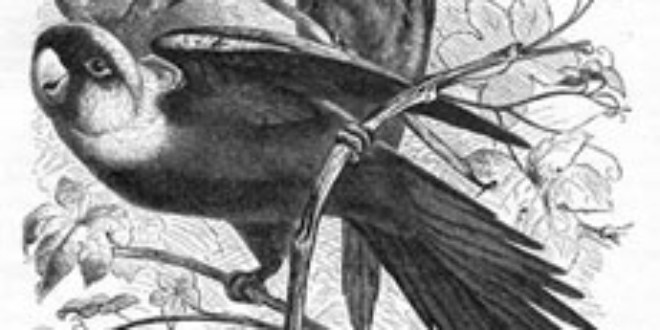 The Politics of Extinction

Remain a parasite OR become an Earth Warrior

We are at the present time living in an age of mass extinction. Each year, more than 20,000 unique species disappear from this planet forever. This represents more that two species per hour. Species extinction is the fuel that supports the ever increasing progress of the machinery of civilization.

Individual humans are for the most part insulated from the reality of species loss. Alienated from the natural world, guided by anthropocentric attitudes, the average human being is unaware and non-caring about the biological holocaust that is transpiring each and every day.

The facts are clear. More plant and animal species will go through extinction within our generation than have been lost thorough natural causes over the past two hundred million years. Our single human generation, that is, all people born between 1930 and 2010 will witness the complete obliteration of one third to one half of all the Earth’s life forms, each and every one of them the product of more than two billion years of evolution. This is biological meltdown, and what this really means is the end to vertebrate evolution on planet Earth.

Nature is under siege on a global scale. Biotopes, i.e., environmentally distinct regions, from tropical and temperate rainforests to coral reefs and coastal estuaries, are disintegrating in the wake of human onslaught.

The destruction of forests and the proliferation of human activity will remove more than 20 percent of all terrestrial plant species over the next fifty years. Because plants form the foundation for entire biotic communities, their demise will carry with it the extinction of an exponentially greater number of animal species — perhaps ten times as many faunal species for each type of plant eliminated.

Sixty-five million years ago, a natural cataclysmic event resulted in extinction of the dinosaurs. Even with a plant foundation intact, it took more than 100,000 years for faunal biological diversity to re-establish itself. More importantly, the resurrection of biological diversity assumes an intact zone of tropical forests to provide for new speciation after extinction. Today, the tropical rain forests are disappearing more rapidly than any other bio-region, ensuring that after the age of humans, the Earth will remain a biological, if not a literal desert for eons to come. The present course of civilization points to ecocide — the death of nature.

Like a run-a-way train, civilization is speeding along tracks of our own manufacture towards the stone wall of extinction. The human passengers sitting comfortably in their seats, laughing, partying, and choosing to not look out the window. Environmentalists are those perceptive few who have their faces pressed against the glass, watching the hurling bodies of plants and animals go screaming by. Environmental activists are those even fewer people who are trying desperately to break into the fortified engine of greed that propels this destructive specicidal juggernaut. Others are desperately throwing out anchors in an attempt to slow the monster down while all the while, the authorities, blind to their own impending destruction, are clubbing, shooting and jailing those who would save us all.

Civilized humans have for ten thousand years been marching across the face of the Earth leaving deserts in their footprints. Because we have such short memories, we forgot the wonder and splendor of a virgin nature. We revise history and make it fit into our present perceptions.

For instance, are you aware that only two thousand years ago, the coast of North Africa was a mighty forest? The Phoenicians and the Carthaginians built powerful ships from the strong timbers of the region. Rome was a major exporter of timber to Europe. The temple of Jerusalem was built with titanic cedar logs, one image of which adorns the flag of Lebanon today. Jesus Christ did not live in a desert, he was a man of the forest. The Sumerians were renowned for clearing the forests of Mesopotamia for agriculture.

But the destruction of the coastal swath of the North African forest stopped the rain from advancing into the interior. Without the rain, the trees died and thus was born the mighty Sahara, sired by man and continued to grow southward at a rate of ten miles per year, advancing down the length of the continent of Africa.

And so will go Brazil. The precipitation off the Atlantic strikes the coastal rain forest and is absorbed and sent skyward again by the trees, falling further into the interior. Twelve times the moisture falls and twelve times it is returned to the sky — all the way to the Andes mountains. Destroy the coastal swath and desertify Amazonia — it is as simple as that. Create a swath anywhere between the coast and the mountains and the rains will be stopped. We did it before while relatively primitive. We learned nothing. We forgot.

So too, have we forgotten that walrus once mated and bred along the coast of Nova Scotia, that sixty million bison once roamed the North American plains. One hundred years ago, the white bear once roamed the forests of New England and the Canadian Maritime provinces. Now it is called the polar bear because that is where it now makes its last stand.

EXTINCTION IS DIFFICULT TO APPRECIATE

Gone forever are the European elephant, lion and tiger. The Labrador duck, giant auk, Carolina parakeet will never again grace this planet of ours. Lost for all time are the Atlantic grey whales, the Biscayan right whales and the Stellar sea cow. Our children will never look upon the California condor in the wild or watch the Palos Verde blue butterfly dart from flower to flower.

Extinction is a difficult concept to fully appreciate. What has been is no more and never shall be again. It would take another creation and billions of years to recreate the passenger pigeon. It is the loss of billions of years of evolutionary programming. It is the destruction of beauty, the obliteration of truth, the removal of uniqueness, the scarring of the sacred web of life.

To be responsible for an extinction is to commit blasphemy against the divine. It is the greatest of all possible crimes, more evil than murder, more appalling than genocide, more monstrous than even the apparent unlimited perversities of the human mind. To be responsible for the complete and utter destruction of a unique and sacred life form is arrogance that seethes with evil, for the very opposite of evil is live. It is no accident that these two words spell out each other in reverse.

And yet, a reporter in California recently told me that “all the redwoods in California are not worth the life on one human being.” What incredible arrogance. The rights a species, any species, must take precedence over the life of an individual or another species. This is a basic ecological law. It is not to be tampered with by primates who have molded themselves into divine legends in their own mind. For each and every one of the thirty million plus species that grace this beautiful planet are essential for the continued well-being of which we are all a part, the planet Earth — the divine entity which brought us forth from the fertility of her sacred womb.

As a sea-captain I like to compare the structural integrity of the biosphere to that of a ship’s hull. Each species is a rivet that keeps the hull intact. If I were to go into my engine room and find my engineers busily popping rivets from the hull, I would be upset and naturally I would ask them what they were doing.

If they told me that they discovered that they could make a dollar each from the rivets, I could do one of three things. I could ignore them. I could ask them to cut me in for a share of the profits, or I could kick their asses out of the engine room and off my ship. If I was a responsible captain, I would do the latter. If I did not, I would soon find the ocean pouring through the holes left by the stolen rivets and very shortly after, my ship, my crew and myself would disappear beneath the waves.

And that is the state of the world today. The political leaders, i.e., the captains at the helms of their nation states, are ignoring the rivet poppers or they are cutting themselves in for the profits. There are very few asses being kicked out of the engine room of spaceship Earth.

With the rivet poppers in command, it will not be long until the biospheric integrity of the Earth collapses under the weight of ecological strain and tides of death come pouring in. And that will be the price of progress — ecological collapse, the death of nature, and with it the horrendous and mind numbing specter of massive human destruction.

And where does that leave us, dear reader? Do you intend to remain in your seat, oblivious to the impending destruction? Have you got you face pressed up against the window, watching the grim reapings of progress? Or are you engaged in throwing out anchors, sacrificing the materialistic pleasures of civilization and risking your all, that your planet and your children may live?

The choice is unique to this generation. Future generations will not have the chance and those that came before us did not have the vision nor theknowledge. It is up to us — you and I.

Remain a parasite OR become an Earth Warrior. Serve your Mother and prosper OR serve civilization and besmear yourself with the filth and guilt of ecocide.