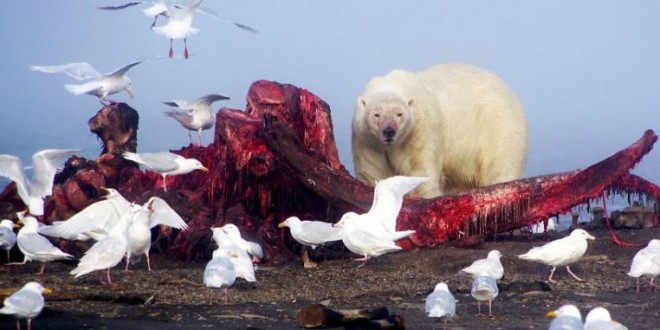 Scientists have found less mercury in the bodies of a group of bears they studied in recent years. The catch is, it’s likely because they’re having to find new sources of food as their normal hunting grounds — the ice of the southern Beaufort Sea — melt away. So they’re coming ashore, scavenging the carcasses of bowhead whales and hunting different species of seals than normal… Source