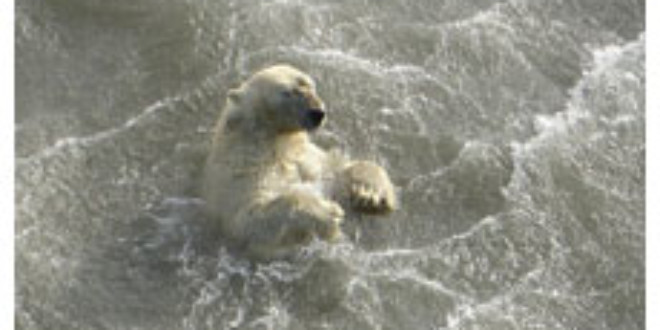 (From thisislondon.co.uk)- Struggling against the waves, this polar bear faces almost certain death after becoming lost at sea in the Arctic.

It is one of a group of nine to have plunged into the ocean after the ice float they lived on melted.

They said the creatures’ homing instinct has sent them north towards the edge of the polar cap instead of 60 miles south towards the nearest land.

However, because of global warming, the ice cap has melted so much that it is around 400 miles away – too far for the bears to reach.

Although one group of polar bears is known to have swum 100 miles, they arrived at their destination exhausted, with several drowning along the way.