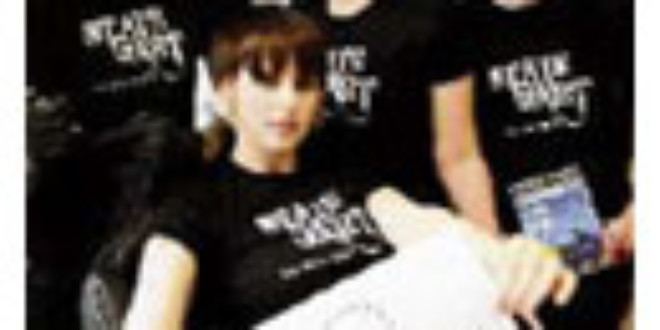 (From thisissouthwales.co.uk)- When three employees at the Lush store in Swansea city centre found out about their company”s nominated charity, they were over the moon. All three of them support the Sea Shepherd Conservation Society which, among other things, aims to prevent sharks being unlawfully killed. But the trio decided they needed to go one step further to support the cause, so they decided to have tattoos of the charity”s logo.

Lyndsey Perrott, aged 32, 25-year- old Joan Jones, and Kat Hiett, aged 18, have already raised £400 in sponsorship to have the skull and crossed trident and shepherd’s crook tattooed on their bodies.

Lush has made 11,416 bars of the soap — a figure which represents the number of sharks killed every hour for food or health supplements. More than half that number have already been sold, with all money being donated to the Sea Shepherd charity.

To give to the cause, visit Lush store in Whitewalls and buy a soap or use the employees’ sponsorship forms to pledge a donation.