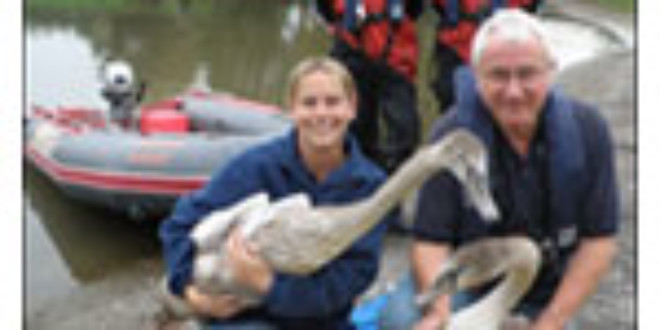 (From burnham-on-sea.com)- East Huntspill”s Secret World Wildlife Centre called on the help of BARB, the Burnham charity that runs a rescue boat and two hovercrafts, after a walker spotted two birds struggling in the water at Apex Wildlife Park in Highbridge. “One bird had swallowed a hook and a line and was in a distressed state and the other had a lump in its neck which was also caused by fishing tackle,” said Secret World”s Graeme Thompson.