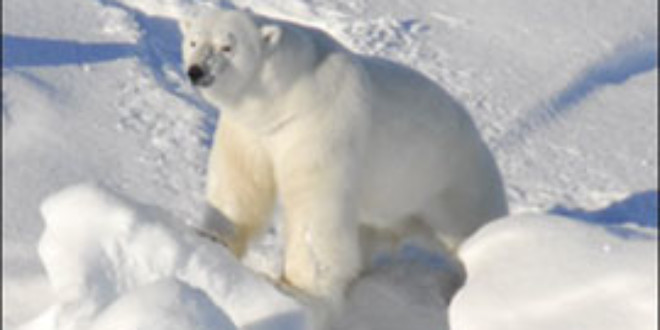 Polar bears are likely to lose out to grizzly bears in fierce competition for food as climate change drives the two species closer together into shared habitat, biologists concluded in a study released on Tuesday.

The research was based on 3-D computer modeling that compared the skull and jaw strength of the two bruins and found polar bears ill-suited to the tougher chewing demands posed by the largely vegetarian diet of their grizzly cousins…. Read Full Article by Steve Gorman