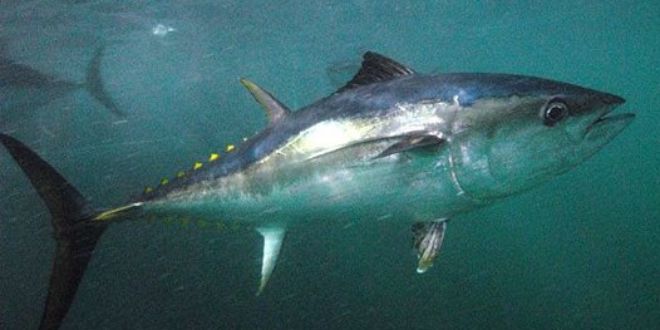 Overfishing is the greatest recognized threat to Southern Bluefin. Tuna is at the top of the marine food chain, and their decline could have negative impacts on other species. Southern Bluefin is highly prized on the Japanese sashimi market, where the overwhelming majority of the global catch is sold. If its population continues to decline, the species faces the possibility of extinction. There is no sign that the spawning stock is rebuilding. The species is described as ”critically endangered” by the World Conservation Union (IUCN).