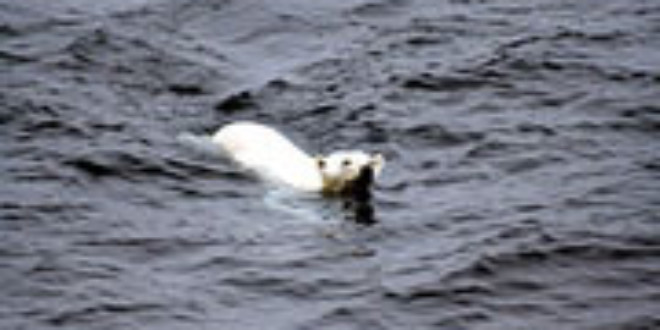 Experts say the slow formation of winter ice on Hudson Bay this year has pushed some of Canada”s polar bears to the brink of starvation and forced them to scrounge for food near old garbage dumps.

The bears weren”t able to get onto the ice to hunt seals until late November this year, which observers say is becoming the norm. David Barber, one of the world”s top Arctic researchers, said Hudson Bay polar bears have lost six weeks of hunting time on the ice due to climate change… Source