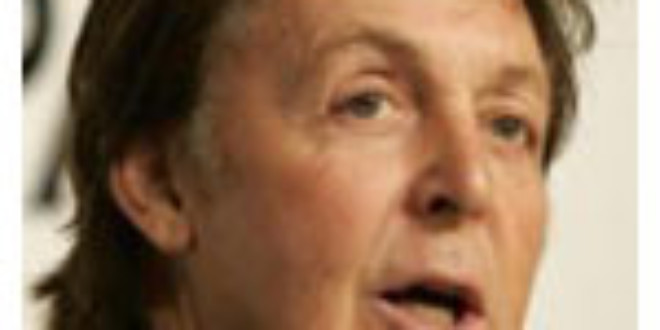 (From ukpress.google.com)- The foul-mouthed chef, Gordon Ramsay, has annoyed the music legend by saying he could not tolerate it if one of his three daughters came home with a vegetarian boyfriend. Sir Paul, who has not eaten meat for 30 years, told Sainsbury”s Magazine: “I think it”s a case of live and let live. I will talk to people about the advantages of vegetarianism, and it will upset me if we”ve had a good conversation and they turn around and say something stupid. The music legend, whose youngest daughter Beatrice, four, is vegan, said: “I”d be happier if everyone was vegetarian. The planet would be better off for it.”