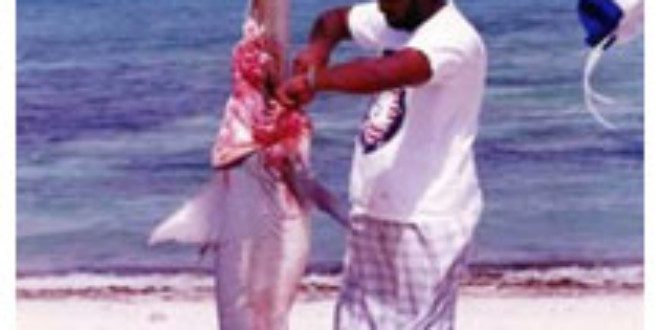 (From gulfnews.com)- There has been no classification of shark populations in Gulf waters on a regional basis, as there has been very little scientific research to assess this. According to the Emirates Marine Environment Group (Emeg) the biggest threat to sharks in the region is fishing. One of the big problems in UAE waters is shark finning, the practice of slicing off shark fins and using the body for meat or simply discarding it.

“In the UAE, they bring the shark whole from the waters here and off Oman because people consume the meat and it is sold at the markets. We have no information on population sizes but species found here include the bull shark, hammerhead, grey nurse, mako, tiger, whale, lemon, blacktip and white-cheeked sharks,” said Jabado.

The World Conservation Union has assessed over 250 of these species and has classified 59 of them as “globally threatened”.

Humans reportedly kill up to 73 million sharks every year globally. “Both as bycatch, and as a direct result of fishing for shark fins.”