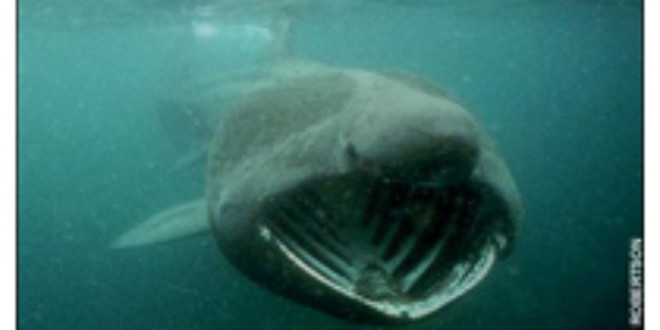 (From telegraph.co.uk)- Basking shark sightings are to be logged by volunteers in a survey that aims to find out more about the world”s second largest fish.The Seaquest Basking Shark project is taking place at two locations off the Cornwall coast and aims to collect information and raise public awareness of the giant fishes and the threats they face.”Hopefully these surveys will provide decision-makers with the data necessary to give basking sharks the protection that is urgently needed.”

The basking shark is the UK’s biggest wild visitor and the second largest fish in the world.

Harmless to humans, the sharks eat only plankton and can grow up to 39ft in length and weigh up to seven tonnes.