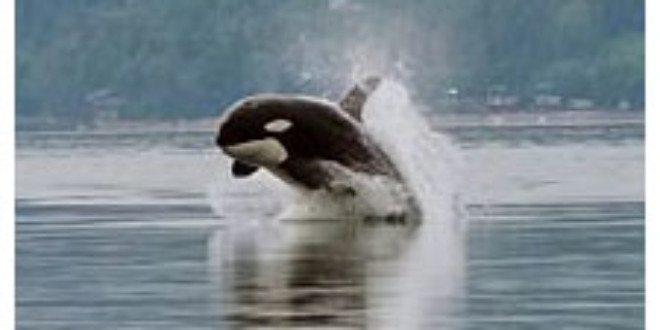 (From kitsapsun.com)- Seven Puget Sound killer whales have gone missing this year and are presumed dead, wiping out population gains over the past six years. A shortage of chinook salmon — the orcas” primary food — may have contributed to the unusual number of deaths, said Ken Balcomb of the Center for Whale Research, who keeps track of the individual whales.

“The pattern of their foraging suggests that there hasn’t been much to eat out there,” Balcomb said, adding that the disappearance of two females of reproductive age is most surprising.

The annual census of the three Puget Sound pods, listed as an endangered species, is officially released in December, but most of the seven have been missing since summer, Balcomb said. L-67, a 22-year-old female named Splash, was showing signs of emaciation before she disappeared in September, he said.

The seven include L-111, a calf born in August and not yet listed in the official count. Including K-42, a calf born in June, the total number of Puget Sound killer whales now stands at 83.

Balcomb contends that if the Puget Sound orcas are to survive, they need more chinook salmon. He has called for a moratorium on all fishing that takes chinook — sport, tribal and commercial — from Puget Sound to the West Coast. That would include parts of Canada and Northern California, where salmon fishing was so poor it was declared a disaster this year.

Brad Hanson, a marine mammal biologist with the National Marine Fisheries Service, said a high level of mortality can be expected in very young whales, and it is not surprising when old animals die. But when reproductive females disappear, it raises all kinds of questions, he said.