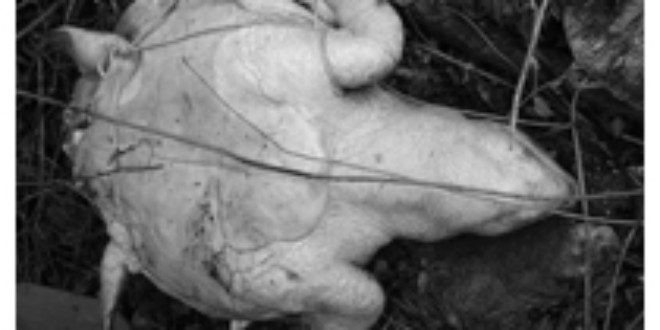 (From caymannetnews.com)- The life of a 300 to 400 pound sea turtle was saved by a member of the public early this month. The turtle was found injured but still breathing in the East End environs, where poachers left her tied up in the bushes, awaiting an inevitable massacre. According to Mr Edwards, it appeared that the female loggerhead turtle was taken when she came onto the beach to lay eggs. “The turtle had dropped her eggs on the ground around her, and one of her flippers was cut and bloody from the rope she had been tied with.”

After taking measurements and samples both DoE Enforcement Officers were able to transport the turtle to the beach and release her back into the wild.