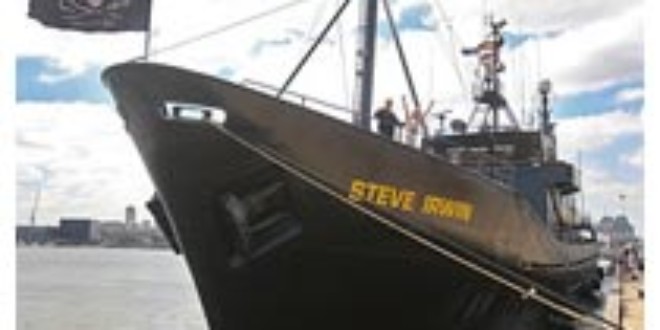 (From abc.net.au)- The Sea Shepherd Conservation Society (SSCS), which owns the Steve Irwin, says the ship is undergoing a major refit ahead of their next campaign in Antarctica later this year. The ship is docked at the Rivergate Marina at Murarrie where work has commenced on one of the biggest construction jobs the group has undertaken. The group says the addition of the helicopter facilities will intensify their ongoing battle against the Japanese whaling fleet.

“Last campaign we managed effectively to halve the Japanese whaling quota and hopefully this year we will stop them, shut them down completely.”

As part of the refit, rust will be removed, the engines overhauled and the hull repainted, along with other interior work all of which will be carried out by the volunteers who normally crew the Steve Irwin.