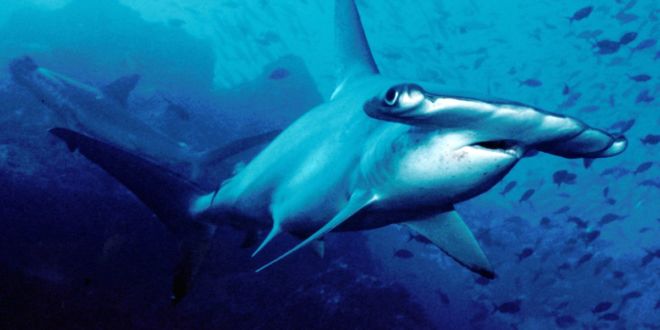 Scalloped hammerheads sharks are among the most threatened highly migratory sharks. Overfishing of this shark species is the principle hazard to its long-term survival, with this occurring in many areas where these animals are found. This shark’s fins are highly valued and they are being increasingly targeted in some areas in response to increasing demand for shark fins. The species’ aggregating habit makes them vulnerable to capture in large schools. The species is described as ”endangered” by the World Conservation Union (IUCN).