Home / News / Sharks / Save Our Sharks 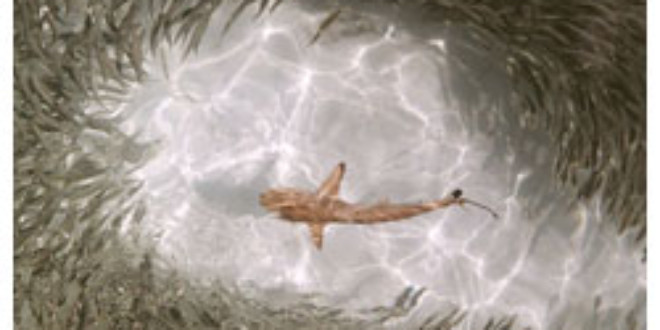 (From radionetherlands.nl) – Sharks have roamed the seas for more than 400 million years, making them older than the dinosaurs. Over millions of years they have worked their way to the top of the food chain, leaving only one real predator: humans. It seems we are slightly too efficient as a predator; one-third of European shark populations are threatened with extinction and yet shark fishing in the EU remains largely unregulated.

The European Commission’s Shark Action Plan is an attempt to set out some clear guidelines for conserving and managing sharks in European waters. The little guidance there is doesn’t acknowledge how the shark’s biology makes it particularly vulnerable to over-fishing. Shark Scientist Paddy Walker explains more:

“Sharks have an incredibly fascinating biology. They are actually much more like mammals or birds in their reproductive mechanism. Most of them give birth to live young.Their pregnancy can last for up to two years and most of the females don’t reach sexual maturity until ten, twelve, fifteen years of age. The Great White produces one or two pups per year”.

Why do sharks need conserving?

This means that a population, once over-fished, will take decades to recover. Despite these grave statistics, most EU shark and ray fishing remains unregulated and scientific advice for catch limits is rarely heeded. Sharks used to be nothing more than a by-catch of the tuna industry. But as tuna numbers decline the baited long lines put out for them caught greater numbers of shark. And now there is a thriving market for shark and shark products, so sharks are being caught on purpose. Shark fins are used in oriental medicine and although it’s not quite a restaurant staple yet, there is a growing market in shark meat.

Most sharks are at the pinnacle of the marine food pyramid, and play a critical role in ocean ecosystems. They regulate the natural balance of these ecosystems – at all levels – and because they usually hunt older, weaker or sick prey, they also help to keep the prey population in good condition – healthy and strong animals are more able to reproduce and pass on their genes.

The effects of removing sharks from ocean ecosystems are likely to be ecologically and economically damaging. Scientist Paddy Walker likens it to a balancing game:

“It’s like a house of cards. Eventually, if you take away enough cards, the whole thing will collapse. And top predators have their place in the ecosystem”.

It’s complex and we don’t know what will happen once a shark species is removed from its niche. For example, one study showed that the removal of tiger sharks from a tropical ecosystem lowered tuna numbers, even though tuna were not important prey for the sharks. The tuna declined because it turned out that the tiger sharks had been keeping other tuna predators in check.

Why do sharks need conserving?

Preserving shark numbers takes political will, which brings us back to European Shark Week. Back at the Vinkeveense Plassen diving event, Irene Kingma muses on the shark’s reputation as a killer:

“They are not as pretty and nice as a Panda or a dolphin so nobody really cares. It’s a major misconception that sharks are dangerous. If you go to the Bahamas, you have a far larger chance of being hit on the head by a coconut [and dying] than ever even encountering a shark.

There are about five serious incidents with sharks each year so if you look at the statistics the chances of being attacked by a dog or a deer are so much higher. Why is there no panic about that, I mean, I blame Steven Spielberg basically”.

What can you do?

Jaws may have scared several generations into seeing sharks as the enemy but if you want to redress the balance, here’s how you can get involved.

The Shark Alliance is looking for 20,000 signatures for their petition. You can add your name by following this link. You can also find out more about the threats to sharks at this site. They even have a shark game you can play.