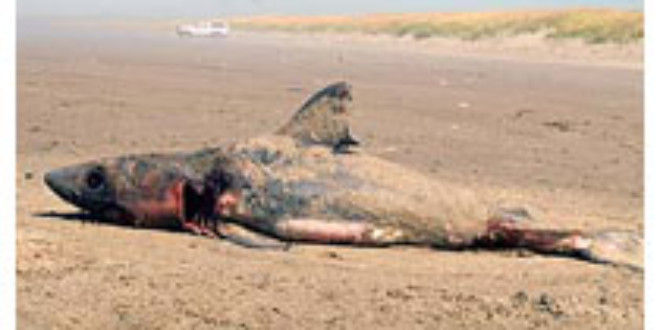 (From beachconnection.net) Seaside, Oregon- One salmon shark carcass did land on the north Oregon coast Friday morning – the first in about a year, according to Seaside Aquarium. Normally, they get about two such carcasses each year, usually in the summer. “The shark was just over two feet, which means that it was a pup – or baby.”

Last year was a banner year – or at least a highly unusual one – where dozens of such baby sharks hit the north and central coast. All of the sharks had a brain infection caused by a bacterial disease called encephalitis, though they don’t know the source of the bacteria. They’re not sure if they caught it somehow or the bacteria was already inherent in their systems.”