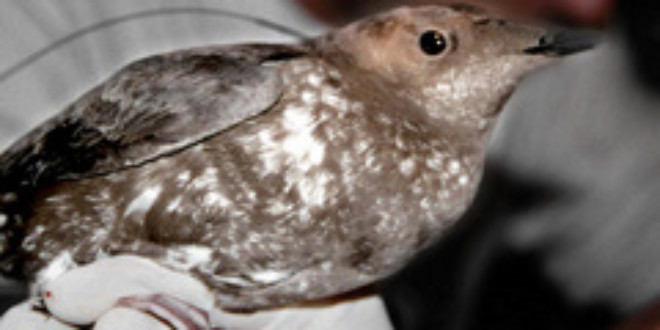 The agency determined the marbled murrelet is still threatened, which means that limits on logging meant to save the bird”s remaining habitat will likely stay in place.

Protections for the bird, along with those for spotted owls and salmon, contributed to a drastic drop in federal lands logging in the 1990″s, and timber interests have fought for years to have those protections removed or reduced. Meanwhile, murrelets continue their decline. The number of birds between San Francisco Bay and the Canadian border dropped by a third between 2000 and 2008, according to the service. The service estimates about 18,000 of the birds remain in the three states…. Read Full Article by Matthew Preusch