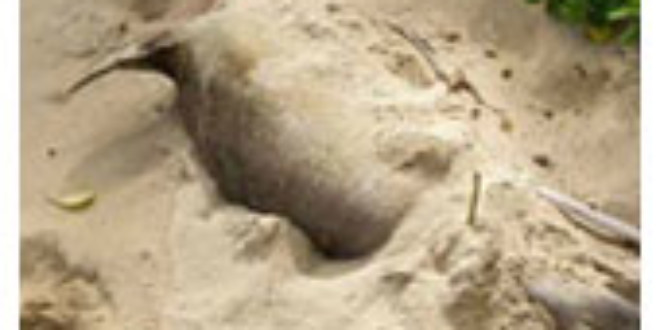 (From khnl.com) Honolulu- A dead monk seal was found on the coast of Waimanalo Sunday and officials from the Department of Land and Natural Resources and the National Oceanic Atmospheric Administration are asking the public to practice responsible ocean stewardship in Hawaii waters. The seal, nicknamed “Hoku,” appeared to have been in “good body condition” when it died. DLNR chairperson Laura H. Thielen says while the evidence doesn”t conclude the seal drowned, officials want to remind people of the existing state laws regarding the use of gill nets.

“Oahu’s DOCARE (Division of Conservation and Resources Enforcement) has pulled over a mile and a half of illegal gill nets out of Oahu waters in the last year,” said Thielen. “We ask that people register their nets, make sure they check them within the required time limits, and respect the “no-lay” net zones.”

Hoku was born in May on the North Shore last year. Volunteers monitored the seal and its mother for six weeks before taking the seal to Manana (Rabbit) Island to be near other adult seals.