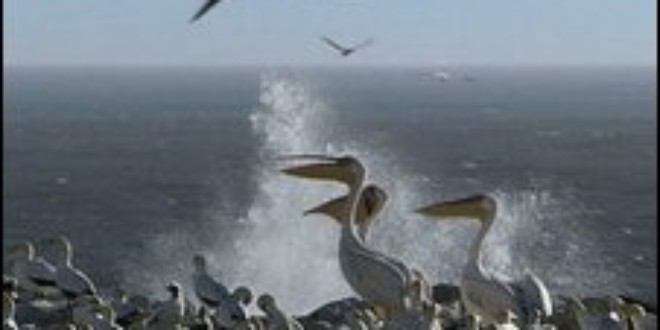 On the island of Malgas in South Africa, the pelicans attack any gannet chick that is left undefended by its parents and is small enough to swallow.

Due to people overfishing sardine and anchovies off the coast of Southern Africa, the population of gannets has dwindled.

Falling fish numbers are having another deadly impact, however.

Great white pelicans, which can have a 3m wingspan, are starving too, and their hunger is driving them to eat their smaller gannet relatives. Once the pelicans cooperated to hunt freshwater fish, but a decline in fish stocks and habitat destruction is altering their food preferences.  Because of the fish shortage, often both gannet parents leave their chicks to forage at sea, leaving their offspring particularly vulnerable…. Read Full Article by Matt Walker. Watch video.