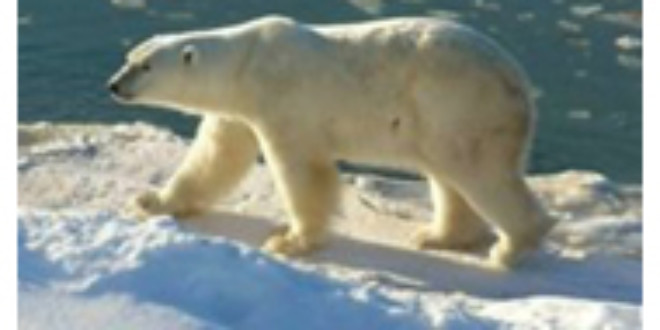 (From nationaljournal.com)- On Aug. 4, just weeks before John McCain tapped her as his running mate, Palin led her state in suing the Interior Department for overprotecting the bears by designating them as threatened under the Endangered Species Act. “She”s like an Alaskan ostrich, burying her head in the tundra to avoid scientists” warnings,” said Daniel Weiss of the Center for American Progress Action Fund. “Her support for Big Oil”s energy agenda blinds her to melting ice.”

The law actually defines “the present or threatened destruction, modification, or curtailment of [a species’] habitat or range” as a sufficient criterion for federal protection. And it is indisputable, says climate scientist Brenda Ekwurzel of the Union of Concerned Scientists, that the bears’ stomping grounds are rapidly shrinking. Ekwurzel said that ending federal protection of the polar bear, as Palin advocates, “would have a profound effect” on the future of the species.