Home / News / Environment / Our oceans overfished to feed the pigs 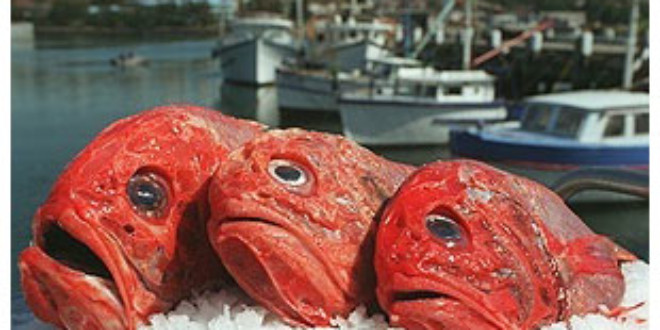 Our oceans overfished to feed the pigs

(From canberratimes.com.au) – Factory-farmed fish, pigs and poultry are consuming 28 million tonnes of fish a year, or roughly six times the amount of seafood eaten by Americans, according to new research. A nine-year study by the University of British Columbia has found that 90 per cent of small fish caught in the world”s oceans every year such as anchovies, sardines and mackerel are processed to make fishmeal and fish oil.

They are used as a cheap feed for aquaculture (including farmed Atlantic salmon, prawns and trout), poultry, pigs and animals bred for the fur industry.

According to the study, small forage fish account for 37 per cent, or 31.5 million tonnes, of all fish taken from the world’s oceans each year. Of this amount, 90 per cent is processed into fishmeal and fish oil.

The study estimates that pigs and poultry around the world consume more than twice as much seafood as the Japanese eat.

The farmyard animals eat more than six times the amount consumed in the United States.

Current figures show 46 per cent of fishmeal and fish oil is used as feed for aquaculture, 24 per cent for pig feed and 22 per cent for poultry.

Fisheries targeting forage fish are concentrated in four areas of the world the western coast of South America, northern Europe, the Atlantic seaboard of the US, and Alaska. Scientists have raised concerns that a 50 per cent increase in global aquaculture in the past 10 years will seriously affect marine ecosystems already under threat from acidification of the oceans caused by climate change. Species dependent on forage fish include penguins, gulls, cormorants, puffins, dolphins and right whales.

(BY ROSSLYN BEEBYSCIENCE AND ENVIRONMENT REPORTER)