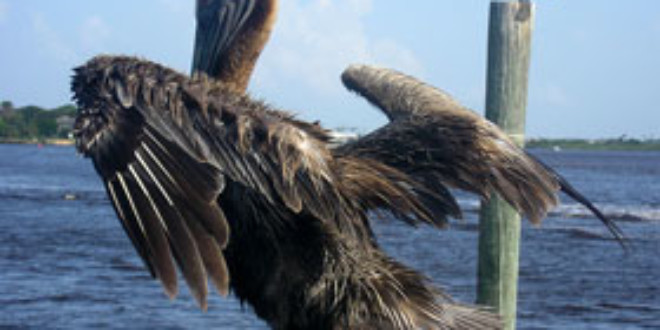 California brown pelicans now stranded along the Oregon Coast are starving by the hundreds and begging for food instead of migrating south in what is seen as a rare and somewhat macabre phenomenon.

Dead birds in full mating plumage have washed ashore in Oregon, while hundreds of others are congregating in places such as the boat basins in Brookings, Bandon and Port Orford. The normally skittish pelicans have been begging for food from people, walking up to cars for handouts and even landing on recreational boats to peck at crab-pot baits, according to the U.S. Fish and Wildlife Service… Read Full Article by Mark Freeman